NKA Cultural Organizaion was built when the NKA was founded. The Student of NKA are very much eager to have it. Sometimes they do much more as the NKA want from them which inspires the NKA. Similarly NKA also inspires the students who are in Nondon Kanon Academy Cultural Organization . When any function is to organize the director can not but leave it to the NKA CO for making the function more attractive. He also gets a better reply as he wanted which gives him much pleasure. The members of the NKA CO have got more enthusiasm from the guardians also. Usually they also take a  good lesson from his or her guardian also. And What about the Director? He himself is very much fond of cultural activities. Sometimes he is seen to be participated with the students in practicing.

However he teaches his student some cultural activities. Besides the student are keen to have their guidance also. This is why the NKA CO is doing a good job since it was organised. The most spectacular thing which got most admired from the spectator is 'GOMVIRA'. The NKA CO is very much capable of doing that. It is greatly cheered by the audience. As it is a age old tradition of Bangladesh, so it is a traditional thing to do. Usually the cultural activities are nothing more than some tradition. Nondon Kanon Academy holds a cultural competition every year. In later column it has been discussed. In brief it may be said that culture is a part and parcel of an educational institution, so it is very much needed to us. And that is the reason for creating a cultural organization by NKA nothing else. 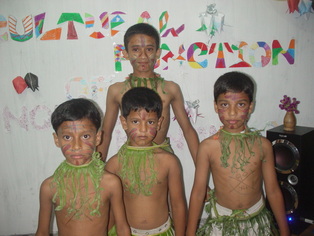 It occurred in 2010 at the month of October. It was the first cultural function that took place at the premises of NKA. Moreover it is significant both for NKA-CO and students who are interest in cultural activities. It had been between two teams. Each team had 6 members. All the member of a group were obliged to do something at opening figure which was counted as points. Besides that they had dancing, group dancing, singing, group singing, reciting poem, modeling, acting, group acting, debating with unusual fact, projecting etc. The show was started at 5.00 pm and was run for 4 hours including half hour break. The spectator and the competitor was anxious about the winning team. Along with the winning team top three cultural actors were named as a talent and were given their dignity with little prize. Although it was a function, it was a competition too for the competitor. Generally all of the cultural functions except the birth day of NKA are competition here. Some students were found with interest in that. And that is why it was organized. 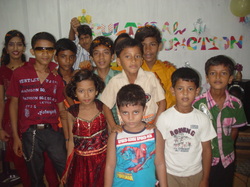 We are yet to have organized it. It is expected to have in september, 2012.
NONDON KANON ACADEMY